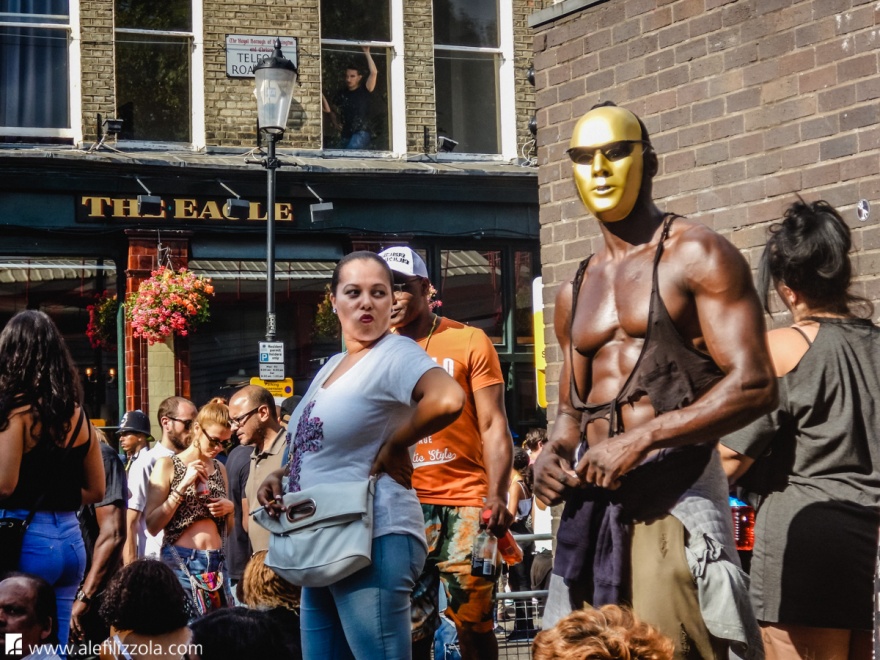 Far away from the mushy love story lived in a bookstore on that movie from the late nineties, during this August carnival season, the streets of Notting Hill are turned into a loudly crowd populated by exotic and eccentric characters. Dispite the name, it is not to be mistaken as the Brazilian Carnival with happens in February. Yes, you will find some shy samba school exhibitions and thousands of people following the parade.  However, the omnipresent smell of jerked chicken barbecue in the air will remind you that you are not in Rio and that this British-Caribbean festival is something else. So, undress your soul of any pre concept or prejudice that you might have, get a drink, have a patty, mingle and indulge yourself in Notting Hill Carnival!

Morocco is famous for its beauty, as well as its people's aversion to photography. This makes it particularly frustrating for anyone who enjoys photography. But I will share here what I discovered to win the sympathy of these very interesting people.
for DROSOFILA @drosofilaoficial
Parque do Limoeiro e Serra dos Alves. Ipoema / MG. Brasil. Mar 2022. @alefilizzola
Revisiting some creative test shots playing with doble exposure and light leaking. I made this images with an old Hasselblad 500cm, 120mm film, whist assisting the dear Dani Luquini during a shooting for Caroline Charles in London.
Some street photography around Paris. Oct. 2017.
Laura by ALE FILIZZOLA @alefilizzola
Around the Greek islands Hydra, Poros, Aegina and Athens. October 2021. @alefilizzola
On the road through the Atlas as it passed by on my window. Photo: @alefilizzola . Morocco. May, 2022
A day in the life. Enjoying a sunny springtime outdoors walk around central London after a long winter and lockdown.
A pitaya from my orchard. Photo: Ale Filizzola @alefilizzola
Suely Monteiro for Revista Jurema @revistajurema
Annona squamosa, AkA: Pinha, Ata, Fruta do Conde, Araticum, Custard Apple, Cherimoya... Do you know it by any other name? Share your thoughts!
Matews and Jéssica
Rocks by the water
De-floration
Portrait: GRACIA @iamgracia.sukredor
Portraits with @perolasderikardo for @maximusbrazil magazine.
London Fashion Week SS22
Apresentando o meu caderno de desenhos (in Portuguese, but there is also another one in English). Esse ano eu me comprometi a desenhar alguma coisa todos os dias, não interessa o quê. Comecei este caderno em meados de Janeiro de 2021, durante o lockdown, e levou aproximadamente 5 meses para terminar-lo. Eu fui aprendendo enquanto fazia e me permitia buscar inspiração no trabalho de outros artistas que eu admiro por alguma razão. O objetivo era praticar pelo prazer de praticar, sem maiores ambições ou pretenções criativas.
Presenting my sketchbook (English version, 'mas tem uma outra em Português também). This year I've committed myself to sketch a little bit everyday, regardless to what. I’ve started it by mid January 2121 during the lockdown and it took me about 5 months to finish it. I was learning by doing it whist allowing myself to get inspiration from other artists that I admire for some reason. The gol here was to practice for the sake of it, without great ambitions nor aiming at a very authorial expression.